Who’s your daddy is an exciting arcade game in which the player can play the role of two characters, namely a child and his father. In the first case, the user must control the child and try to find as many dangerous places as possible to pamper the father, such as opening a closet or sticking fingers into an electrical outlet. In the second case, you should monitor the actions of the child and protect him from danger, for example, by attaching locks to cabinet doors and attaching covers to sockets. Any successful action by either side brings points, and the main task is to hold out in any role for as long as possible. 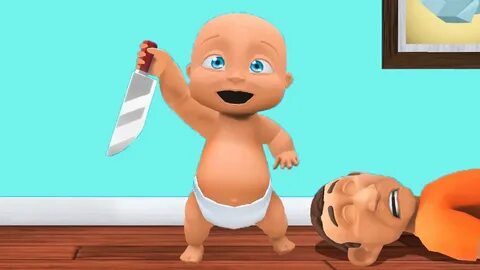 I hope some of the Daddy advice to baby proof the house and some baby advice to kill yourself was useful for you Rik and Jas, can’t wait to see your next video of “who’s your daddy?”

The game contains a competitive multiplayer option in which one player controls the father and the other player controls the baby, which can be played either online or locally.
In all modes, the father must avert the infant’s death by locking cupboards and placing deadly goods out of reach, as the baby attempts suicide in various ways, such as drinking bleach and poking forks in electrical outlets.
The game is set in a two-story house with multiple common areas.
Every round, the players frequently switch roles.