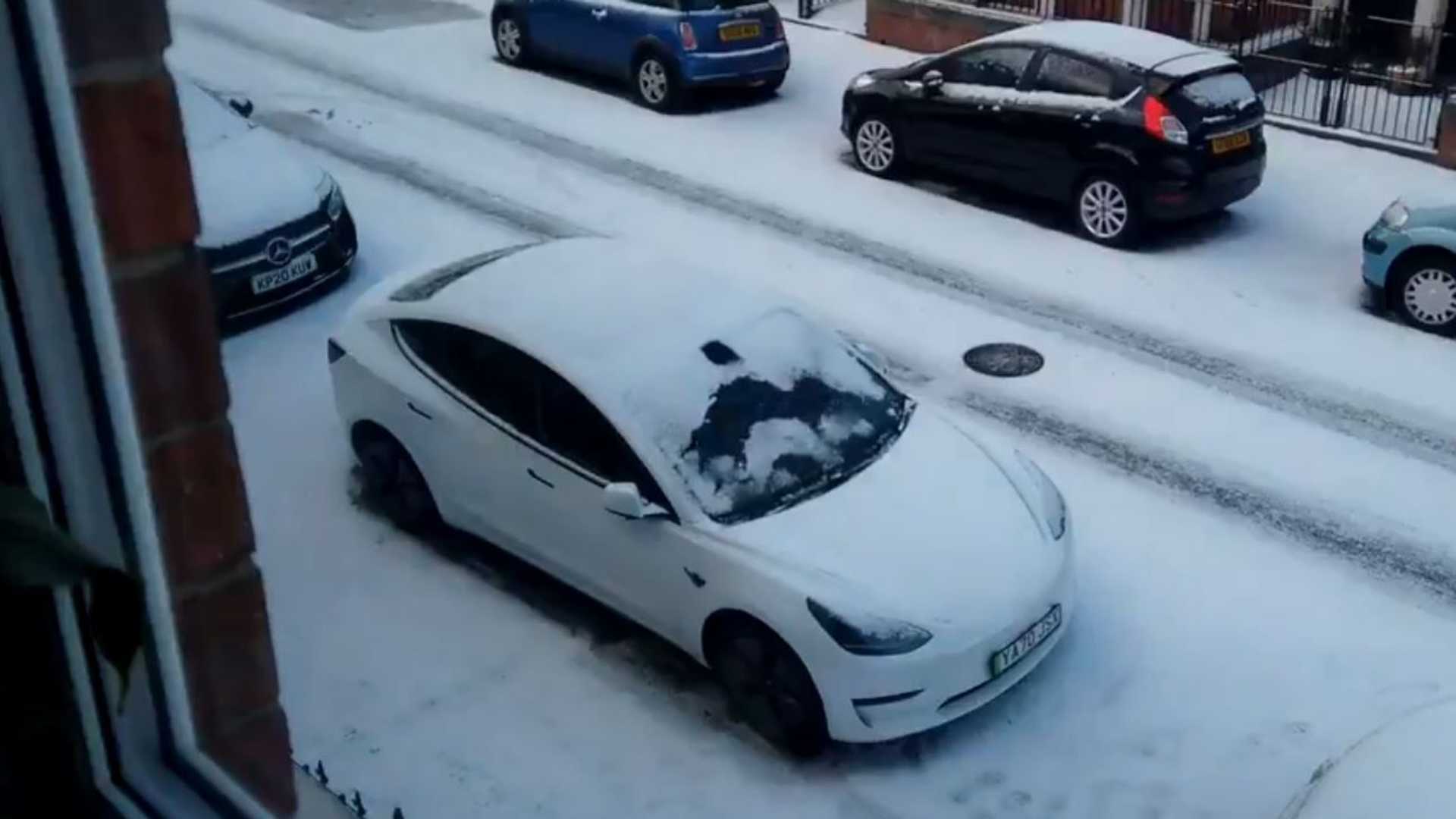 Tesla Model 3 owner Dan Kanninen wrote, “I’m thankful I was driving my electric car when I got stuck on I-95.” We appreciate his careful use of words because not only are Tesla cars that will do better than gas-powered cars in such a condition, but almost all electric cars.

Several media publications have published recent reports of people stranded on Virginia’s I-95 highway. After these reports, some people started a disinformation campaign that if electric car owners got stuck on the highway, they would have been “left out in the cold” when the battery quickly ran out.

We have already published an article debunking such nonsense. In addition, many people in the Tesla and EV community have posted articles and videos to prove that misinformation is not only wrong, but actually the opposite.

A gas-powered car is almost certain to run out of gas sooner than an electric car dies because its battery has run out. Meanwhile, while the owner of the internal combustion engine sits and waits in his car, he is parked over dangerous exhaust fumes, which can cause health problems. Kanninen shared:

“No, the last nightmare on I-95 in Virginia couldn’t have been worse if everyone had been driving electric cars rather than gas cars. In fact, everyone would have had a much better experience if they had driven an electric car.”

Kaninen points to a recent opinion piece in the Washington Post claiming that electric vehicles may be ” littered the highway for miles” If everyone was driving electric cars during such back-up traffic. However, Kanninen was stuck on I-95 for 14 hours in his Model 3 Standard Range as he watched ICE drivers burn gas to keep the cars running. Meanwhile, his Model 3 wasn’t “on” per se, but only used the battery to keep the cabin warm.

When the electric car is parked, it does not “run” like gasoline cars. It’s similar to turning off a gasoline car but leaving the accessories on so you can listen to the music. However, in a gas car, leaving the accessories on does not heat up the cabin. The engine must be running to do this, and while it is running, it is spewing out toxic exhaust fumes, which are supposed to be left behind as the car is in motion.

If the gas-powered vehicle is not moving, these fumes tend to collect around the vehicle and can start to smell inside the vehicle. If you can smell the fumes, you better bet that they are entering your body and causing potential health problems.

Kanninen continues to share that you don’t have to worry about running out of gas, and he had a clear indication at all times of how much battery capacity was left. He also noted that since he charged his car at home, he’s hit the road with a full charge. There is a very good chance that many gas powered cars won’t get stuck in the situation with a full gas tank.

As an aside, the Model 3 owner also wrote about the long lines at gas stations after the accident ended, as well as the fact that electric vehicles can handle flood conditions much better than gas-powered cars. To read Kanninen’s article in full, follow the source link below.