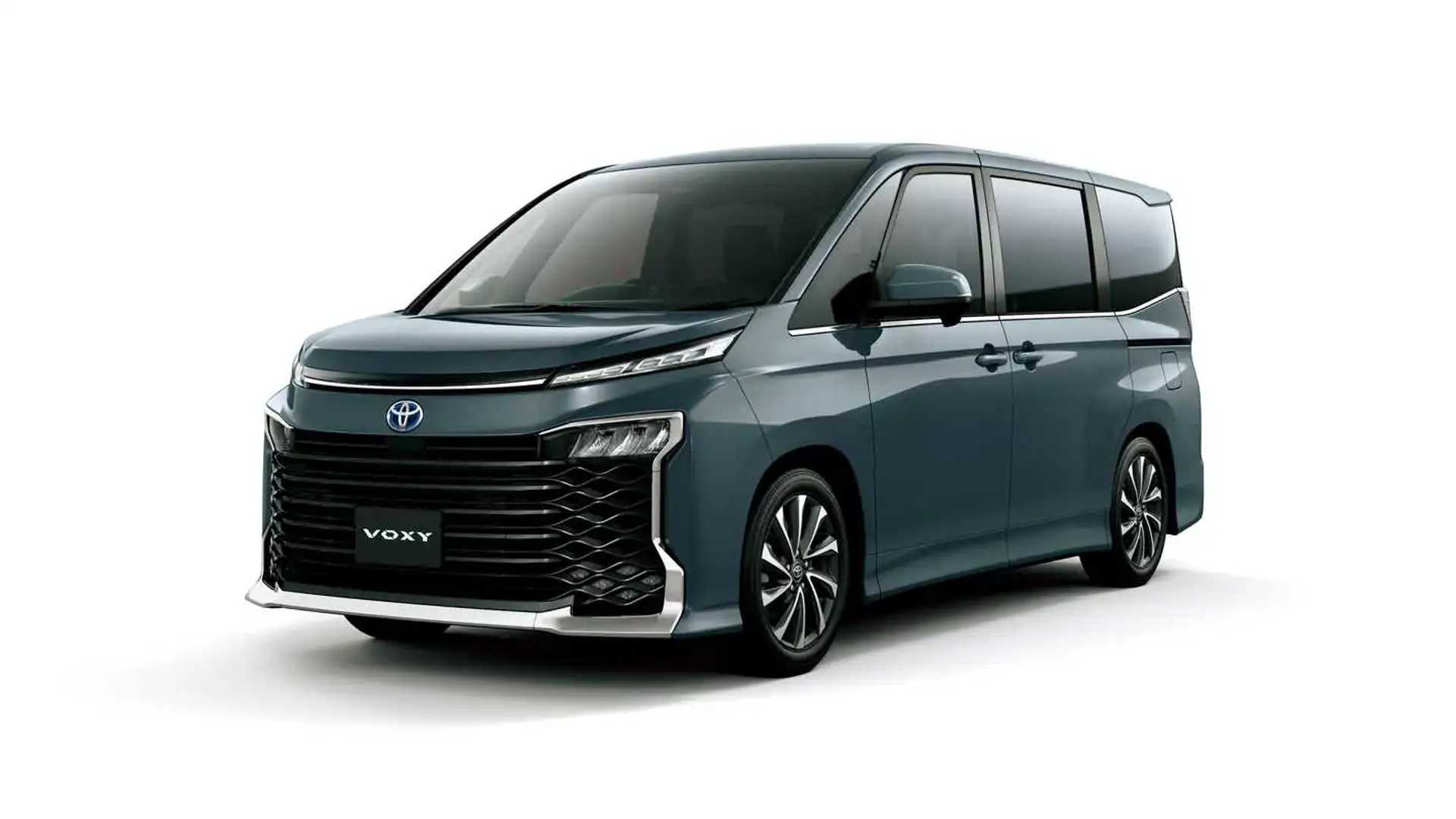 Toyota has been offering Noah and Voxy minivans since late 2001 and now the duo is moving to the fourth generation. Looking bolder than ever, the boxy family vans can be had with up to eight seats, as well as wheelchair-adjustable configurations known as Welcab models. Both sit on a TNGA-C platform and feature power sliding doors, operating panels, handgrips and a square shape to maximize the space inside.

JDM Personnel Carriers are designed with front-wheel drive and all-wheel drive engines and boast a 2.0L petrol engine that works with CVT. The latter has “a sporty 10-speed sequential transmission for fun gear changes with a manual feel.” Instead, there is a hybrid powertrain consisting of a 1.8-liter unit with an electric motor and battery upgraded compared to the previous generation models.

If their designs weren’t polarizing enough, the new Noah and Foxy can optionally be equipped with additional stuff from Toyota’s in-house TRD and Modellista tuners. From body kits and custom 18-inch wheels to additional exterior lighting and door handle fenders, there’s something for everyone. These additions continue indoors where customers can get a JBL sound system and even an inflatable mattress.

Hosted on a 2850 mm (112.2 in) wheelbase, the interior features a practical floor that houses a large 104-liter (3.67 cu ft) storage box. The rear seats install on a sliding mechanism and can be folded down for additional storage capacity with just one touch. The seven-seat model will come along with captain’s chairs in the second row.

Cheaper trim levels get an 8-inch center screen while more expensive models upgrade to a 10.5-inch screen. Toyota claims to be the first car manufacturer to install a “non-stop tailgate” for versions without a power tailgate. How it works? Simply pushing the tailgate stops it at any angle through the karakuri mechanism.