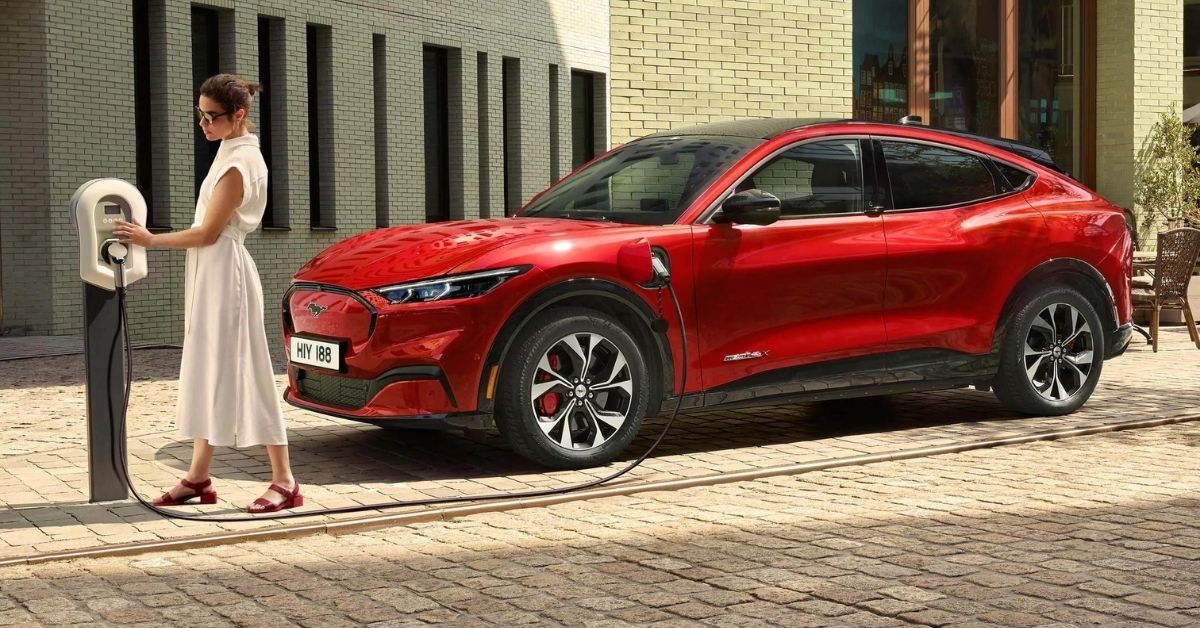 Every day we are getting closer to the absolute dominance of electric vehicles in the automotive industry. The future of the market lies in the hands of electric vehicle manufacturers. Vehicles change for the better, and people need to change their perspective on this as well.

Adapting to new circumstances requires a better knowledge and understanding of what lies ahead. So, knowing the principles of electric cars, just like knowing old school cars, is a must for anyone aiming to pursue the future of the car scene. So, without further ado, let’s move on to everything you need to know about electric vehicles and their different types.

When we say “electric vehicle battery”, we mean a vehicle powered by electricity stored in a removable battery. Since there is no conventional combustion engine, design freedom is enhanced because typical limits do not apply. The battery, for example, can be extended all over the floor, improving the vehicle’s traditional weight distribution.

Driving a BEV is noticeably quieter than driving a diesel vehicle. Only the driver can hear the wind resistance and direct tire noise.

Most electric cars have an automatic transmission and regenerative brakes that slow the car when the accelerator is released to help recharge the battery. As a result, driving at medium speeds usually requires only one pedal to be used, while regular braking can always be reached with a specialized pedal.

There are many factors to consider when deciding whether to go for an electric vehicle and which type of electric vehicle is best for you, and range is an important factor. A typical range for a BEV is 100-300 miles; However, this may vary greatly depending on the type and size. Considering how often you’ll drive a BEV, its range, and where you’ll be able to charge it are all important considerations when buying one.

There are many great examples of this type of car. BMW i3, Tesla Model 3, Nissan Leaf, Hyundai Ioniq, Kia Soul, Tesla Model X and Toyota RAV4 are just a few to name a few.

Related: Here’s how the BMW iX compares to the Tesla Model Y

In a plug-in hybrid electric vehicle (PHEV), the engine is powered by a medium-sized electric battery plus a gasoline or diesel engine. The plug-in refers to the fact that the car must be connected to a charging station to recharge its battery. This choice is a step toward an all-electric vehicle, but it retains some of the advantages typical of a petrol or diesel vehicle, and so has its own set of considerations for evaluating whether this is a viable option for you.

PHEVs have smaller batteries and therefore a shorter range when only the electric battery is used to power the vehicle. Typically, these cars can travel between 10 and 50 miles using electric power alone. However, this varies greatly depending on the company and model chosen. Once the electrical power runs out, the standard gasoline or diesel engine takes over and runs as normal.

As automakers offer more of their base models in different PHEV variants, the capabilities of the PHEV expand and are often extensions typical of existing models. Choosing between a PHEV and an all-electric BEV is a personal decision based on your driving and lifestyle needs. PHEVs are usually the first step toward an electric future, providing the safety of a traditional motor as a backup. However, many people decide to adopt an all-electric future and the advantages associated with it.

Many cars incorporate this type of configuration; The most famous are the Porsche Cayenne S E-Hybrid, Mercedes C350e, Audi A3 E-Tron, BMW i8, Hyundai Sonata and Volvo XC90 T8.

Hybrid electric vehicles, or HEVs, contain an electric battery that partially powers the engine but is not rechargeable by an external source of electricity. They are also known as self-charging hybrid cars because they use the electric battery to reach 15-20 mph before switching to the combustion engine. The combustion engine can then be used to drive a generator while traveling, generate electricity and save it in batteries for later consumption.

More hybrids will be introduced into model groups because their advantages make them more popular expansions for existing manufacturers’ models and engine lineups.

The name MHEV (Might Hybrid Electric Vehicle) is another acronym associated with hybrid. This is similar to a HEV, except for a very small battery that recharges itself but doesn’t really get the car moving. Instead, it helps to operate various assistance mechanisms, such as the “start-stop function” and driving without the accelerator at certain speeds.

Ultimately, each of these types of electric vehicles has its own unique advantages and disadvantages. Make sure you take driving style, performance, utility and range into account when choosing an electric vehicle.

The future of transportation depends on electricity, and there are a few things to consider before moving in that direction.

Hamed is a literature student, writer, musician and car lover. His favorite topics to write about are cars, technology and games. When he’s not writing, he’s either playing or listening to music.